In 2010, MEE collaborated with Dr. Adaora Adimora, MD, MPH’s research team at the University of North Carolina at Chapel Hill, Division of Infectious Diseases to identify and understand the attitudes, perceptions and behaviors of African Americans (ages 18-34) engaged in concurrent sexual relationships.

A National Institutes of Health/National Center on Minority Health Disparities research study indicated that concurrent partners can dramatically increase the transmission of HIV within a particular community, compared to serial monogamy. African American men are more likely to have concurrent partners than women.  The higher prevalence of a partner’s concurrency (having a sexual relationship with someone who has another sex partner as well), may increase women’s exposure to HIV infection through sexual networks of their partners rather than through having many partners themselves.  Mathematical modeling suggests that small decreases in concurrency could yield substantial decreases in HIV transmission, and targeting concurrency may be a cost-effective HIV prevention strategy.

The study represented a critical first step in the development and more definitive testing of a multi-component mass communication HIV prevention program for African Americans in the rural Southeast and throughout the nation. Upon the completion of research in 2011, MEE lead media development and media placement for the awareness campaign.  MEE developed and produced an innovative radio campaign using storytelling techniques based on novellas.

MEE also developed the radio placement schedule that was to be implemented in 2012 after the pre-campaign, baseline research was completed. In 2012, the media campaign targeting African American men and women, ages 18 to 34, was launched in eastern North Carolina. 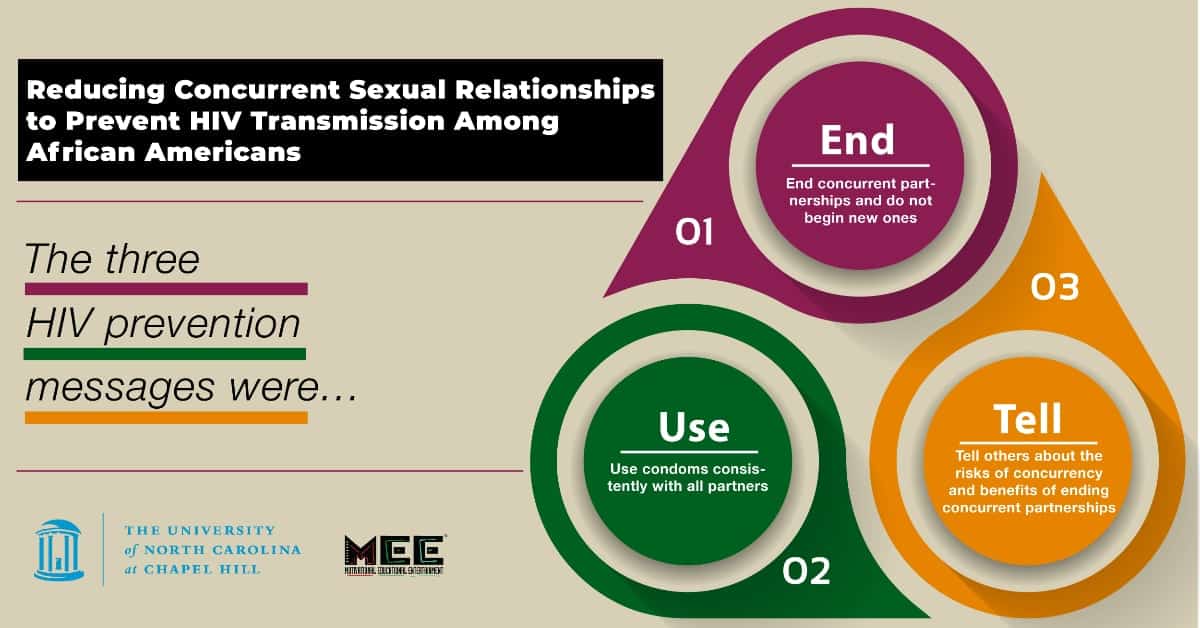