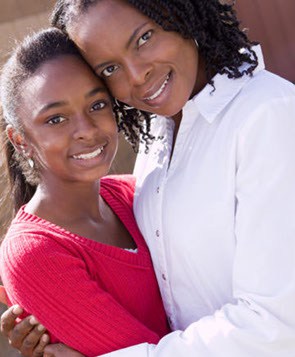 MEE developed and implemented a grassroots Community Education Campaign designed to increase awareness about the link between HPV and cervical cancer. The pilot campaign focused on African-American mothers and women in Philadelphia, targeting zip codes with high HPV rates. A dozen beauty salons in North and West Philadelphia were recruited and trained to participate in the project, serving as the venues for one-on-one and small-group HPV information sessions. Using MEE-created promotional materials along with a customized curriculum, we directly educated nearly 250 women of color about HPV, its potential short-term (genital warts) and long-term (cervical cancer) effects and how the virus can be prevented. We also exposed hundreds more women to basic information about this important sexual health issue. Salons and their stylists (credible and trusted opinion leaders) received financial incentives for their participation, supporting small businesses that have been negatively impacted by the nation’s tough economic conditions.

The two target audiences for the campaign were mothers or primary caregivers of girls ages 9 to 17, along with young women ages 18-26 years old. Evaluation data showed that we were able to substantially increase knowledge about HPV from the pre-test (given before the start of the education session) to the post-test (given immediately following the education session) among all participants. More than 90% of the women reported that they planned to talk with their own doctor or their daughter’s doctor about what they learned in the salon. During a telephone follow-up survey conducted about a month after the sessions, two-thirds of the women (66%) reported that they shared what they had learned or their HPV education booklet with someone they know.

The campaign was not designed to push a “vaccine agenda,” but focused on helping women make informed choices for themselves and their daughters. The campaign received major local TV news coverage, helping to highlight this unique and effective approach.

Template materials for replication of the campaign in other cities have been developed. They can be customized to reflect the needs and interests of any community across the country. The materials include: salon recruitment materials; community outreach materials, a Website and Facebook page, consent forms (if needed), pre- and post-education session surveys, promotional posters and a study curriculum.

A recruiting and training plan is in place for health educators to conduct the salon-based sessions. In addition, partnerships can be added with local urban radio stations (a persuasive media channel for women of color). The campaign can be easily expanded to include parents/caregivers of young boys in the vaccination range (many mothers requested this during the pilot) and to be implemented in barbershops as well as beauty salons.